Award Winner of 23rd Polish Product of the Future Competition 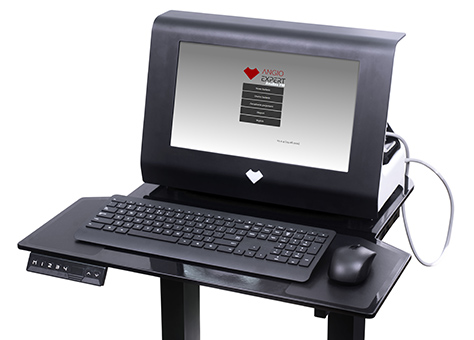 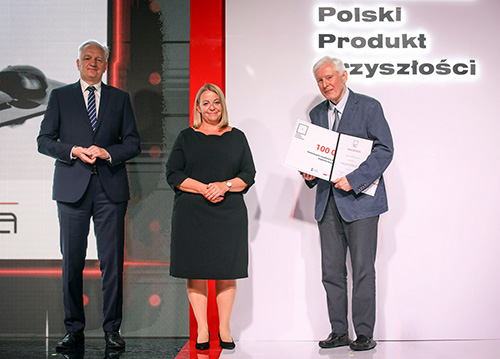 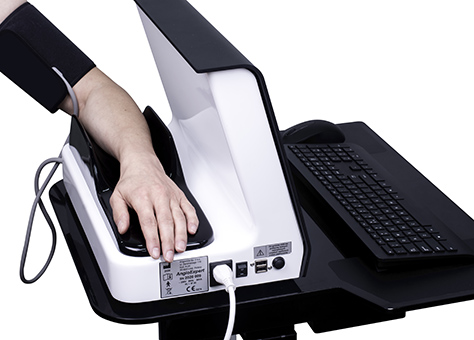 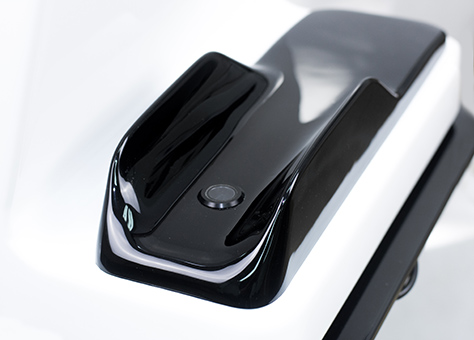 Lifestyle-related diseases (so-called diseases of civilization), including cardiovascular disease, cancer and neurodegenerative diseases (such as Alzheimer’s disease), continue to affect growing numbers around the world. Many national health programs define diseases of civilization as the most serious threat to their populations’ quality of life. According to global statistics, ischemic heart disease is the most common cause of death and the main reason for hospitalization, followed by cancer (malignant tumors). The prevention and treatment of such diseases is one of the most important challenges for the future, and has become part of strategic research plans. There is therefore a need for extensive cooperation between science and industry to develop the most effective (especially non-invasive) solutions for early diagnosis and monitoring of patient health.

How is it measured?

The FMSF method enables disorders to be detected at an early stage of development and monitoring of the treatment process. It helps to identify patients in possible need of preventive or therapeutic interventions, who may be referred for further diagnosis.

The first test implemented by Angionica is the FMSF–PORH test (Flow Mediated Skin Fluorescence–Post-Occlusive Reactive Hyperemia), which is used to assess microvascular circulation (vascular endothelial function) based on circulatory stimulation in response to induced reactive hyperemia (PORH). The test makes it possible to assess levels of both contraction and vasodilation and to follow the kinetics of changes in response to reactive hyperemia. In general, the FMSF-PORH test enables identification of patients requiring prophylactic or therapeutic interventions, and more accurate and complex diagnostic tests. It also facilitates monitoring of the treatment process, the influence of drugs on the condition of vessels and the effects of training and physical exertion on overall health.

Interpretation of the measured parameters

Threshold values of the key parameters for diabetes

Based on the results of tests and experiments, threshold values have been established indicating serious disorders in microvascular and metabolic regulation and signaling the risk of vascular complications in diabetes patients.
The HRindex parameter has particularly high diagnostic sensitivity and specificity for assessing the risk of developing vascular complications:

The FMSF technique enables early diagnosis of dysfunction and disturbances in vascular circulation and metabolic regulation. It is therefore suitable for monitoring diabetes at intervals adjusted to the individual patient’s needs and on the basis of medical consultations. The FMSF method is applicable to both type 1 and type 2 diabetes. The manufacturer recommends repeating the test annually or more frequently when significant changes in the HRindex parameter are observed, subject to medical advice.

Advantages of the FMSF technique

The FMSF-HS test allows assessment of microcirculatory status based on analysis of baseline oscillations and the reperfusion signal, showing changes in NADH fluorescence due to induced reactive hyperemia (PORH).
Oscillations in the microcirculation, known as flowmotion, are a well-recognized characteristic of cutaneous blood flow. Since flowmotion reflects the microcirculatory status of the vascular system, which is impaired in many diseases and disorders, quantitative assessment of skin flowmotion can be used to screen for early symptoms of such conditions. Skin flowmotion can be monitored closely and precisely using the FMSF technique.
Since NADH fluorescence is sensitive to the supply of oxygen to the epidermis via skin microcirculation, use of the FMSF technique to monitor flowmotion appears to be a unique tool for the characterization of microcirculatory status.

Two different periods of oscillations can be distinguished in the FMSF signal: Analysis of flowmotion on the reperfusion line following post-occlusive reactive hyperemia (PORH) allows for quantitative assessment of the patient’s reaction to transient hypoxia. Flowmotion parameters characterizing the microcirculatory response to hypoxia have been found to be impaired among patients with various diseases and disorders, including hypertension, diabetes, peripheral artery disease, and cardiovascular diseases. Flowmotion parameters have also been found to be dependent on age and gender.
Microcirculatory oscillations in the recorded FMSF signal are analyzed in three major frequency intervals, ≤0.021 Hz, 0.021-0.052 Hz, and 0.052-0.15 Hz, which correspond to endothelial (endo), neurogenic (neuro), and myogenic (myo) activity, respectively.
The mean squared error of the deviation in the fluorescence signal (increased 106 times) from the baseline at rest (FM parameter) and during reperfusion (FM(R) is used as a measure of oscillation strength. FM and FM(R) remain unitless values, because the changes in fluorescence are normalized. Another measure of oscillation strength is the Power Spectral Density (PSD) parameter. PSD is strongly correlated with the values for FM and FM(R) and can be used to determine the contribution of each component of the oscillations to the total value.
In summary, the following quantitative measures of oscillations are defined:

Myogenic oscillations are stimulated on the reperfusion line after transient ischemia, which is achieved by restricting blood flow in the brachial artery using an occlusion cuff. Since the HS (Hypoxia Sensitivity) parameter measures the intensity of flowmotion, it is well-suited for quantitative characterization of the microcirculatory response to hypoxia. The HS parameter, describing the microcirculatory response to hypoxia, has been found to depend on age, gender, hypertension, diabetes, and CVD.
Four ranges of HS values describing distinguishable levels of microvascular function (very low, low, moderate, and high) are determined:

The FMSF technique appears to be uniquely suited to the analysis of basal flowmotion and its hypoxia response, and may be used for characterization of microcirculatory status. The FMSF technique enables disorders to be detected at an early stage of development and facilitates monitoring of the treatment process. 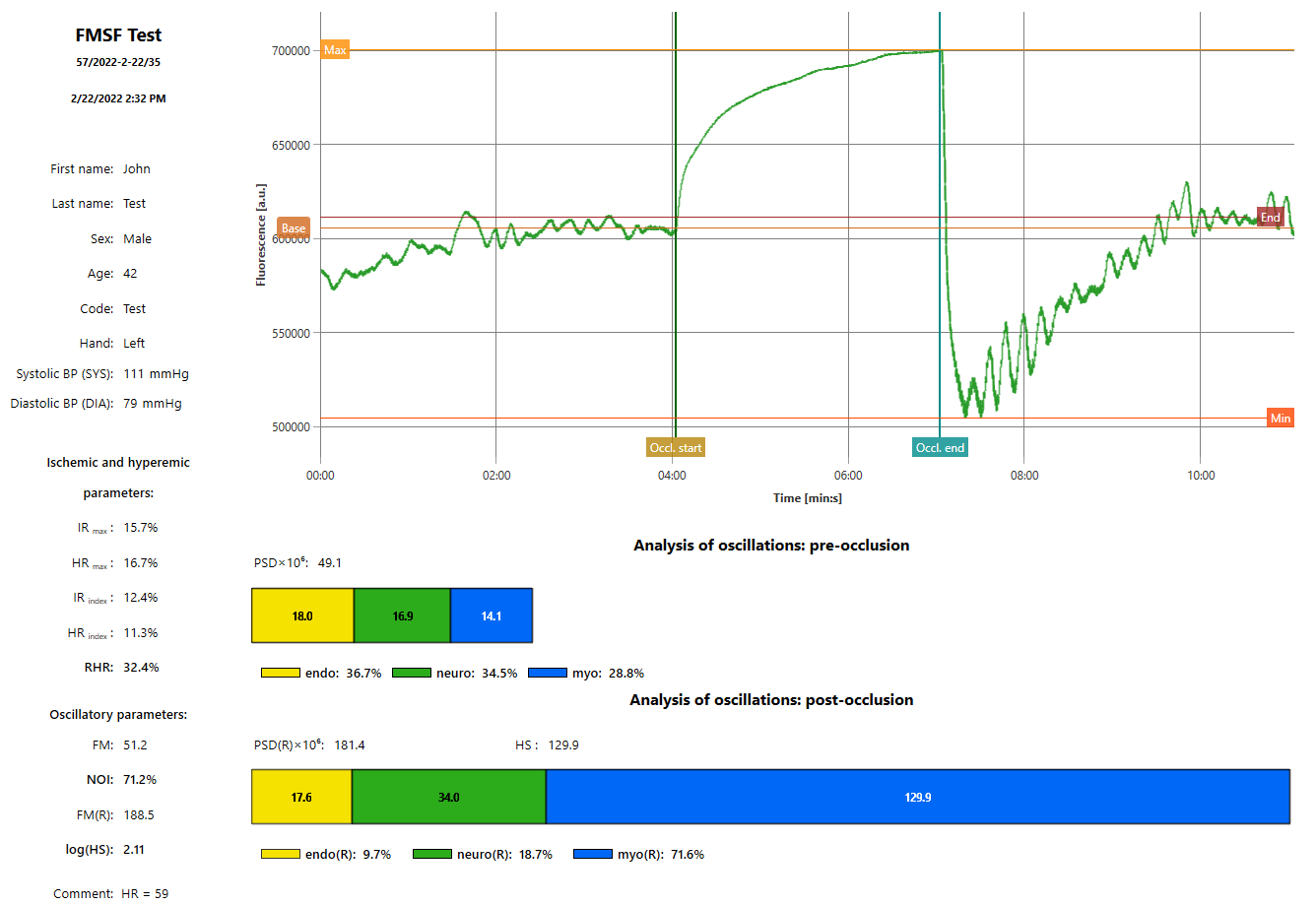 is a medical device which uses the FMSF-PORH method to evaluate microvascular circulation.

is intended for non-invasive monitoring of microcirculation, metabolic regulation and vascular complications in diabetes.

The prototype device was equipped with a xenon flash lamp as a source of exciting light and a photomultiplier tube as the fluorescence detector. The optical head of the AngioExpert is now based on photodiode technology. Two diodes are used, the first as a source of exciting light (LED) and the second as a fluorescence detector. A set of filters incorporated into the optical head ensures proper selection of excitation light for NADH (340 nm) and detection of fluorescence (460 nm). This solution allows for enhanced miniaturization and reduced signal noise.

Angionica Ltd. is a spin-off company whose main goal is the implementation of the innovative Flow Mediated Skin Fluorescence (FMSF) method developed by Lodz University of Technology (TUL) and the Jagiellonian University (UJ).

FMSF is a new diagnostic method based on photodiode technology, protected by international patents in the world’s major markets.

The FMSF technique is intended for use in everyday clinical practice to assess microvascular circulation and disorders caused by lifestyle-related diseases.

Award Winner of Competition Polish Product of the Future

In 2021, Angionica won first prize in the 23rd Polish Product of the Future Competition for "AngioExpert: innovative device for non-invasive evaluation of vascular circulation using the FMSF method" (Awards Catalogue)

Angionica Ltd. has established a quality system for design, production and final testing of AngioExpert according to the requirements of the Medical Device Directive 93/42/EEC.